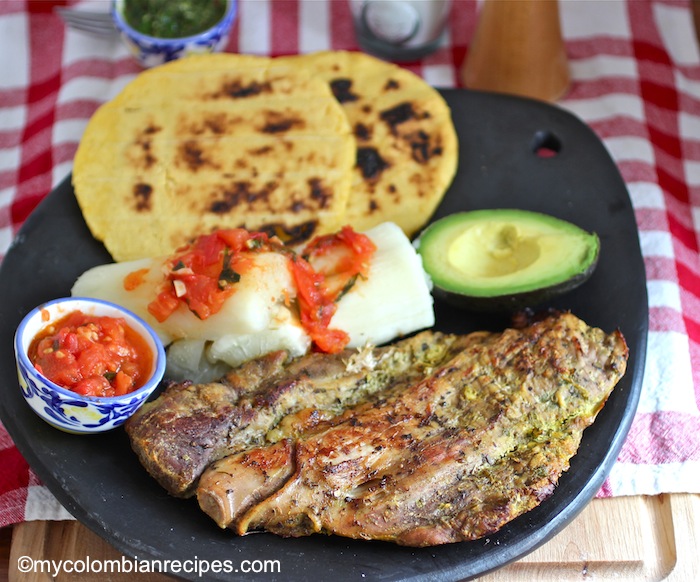 Asado Huilense is a traditional pork dish from El Huila department located in the southwest of Colombia. This dish is very popular during Las Fiestas de San Pedro (St Peter’s Festival), a religious celebration introduced by the Spanish conquerors. It is usually held in Neiva, the capital of Huila, in late June each year with traditional Colombian music, parades and food. Since the 1960, Las Fiestas de San Pedro took a new direction and they were named Festival Folclórico y Reinado Nacional del Bambuco (Folk Festival and the National Bambuco Pageant). 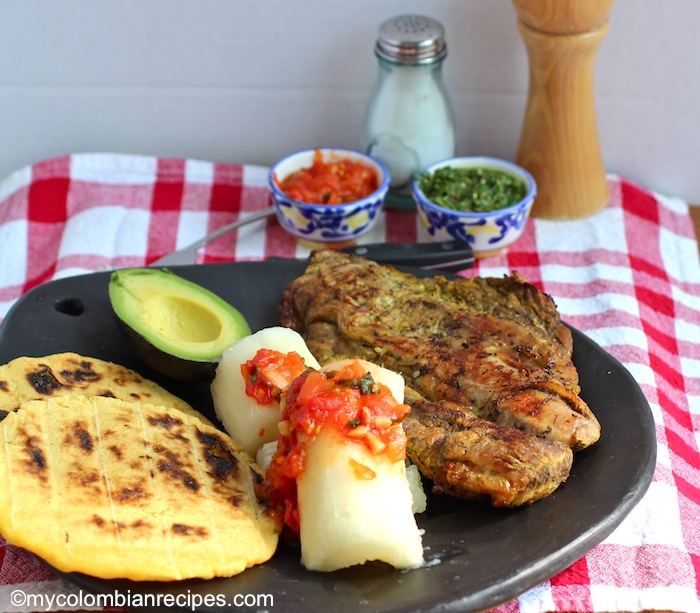 Traditionally, Asado Huilense (Huilense-Style Roast) is made by marinating the pork in beer, sour orange juice, vegetables, herbs and spices, and then baking the pork covered with banana leaves in a clay oven, which gives the pork a special flavor that you won’t get preparing it in a conventional oven. I would love to own a clay oven so that I can cook my asado huilense or a whole lechona the traditional way. In the meantime, I make my Huilense Roast in the oven. Also, today most people use the blender or food processor to mix all the marinade ingredients. However, this can change the final taste of the dish. Traditionally, the process was done manually using a mortar. The mixture of ingredients and spices can also vary according to the cook or the region of the Huila department. 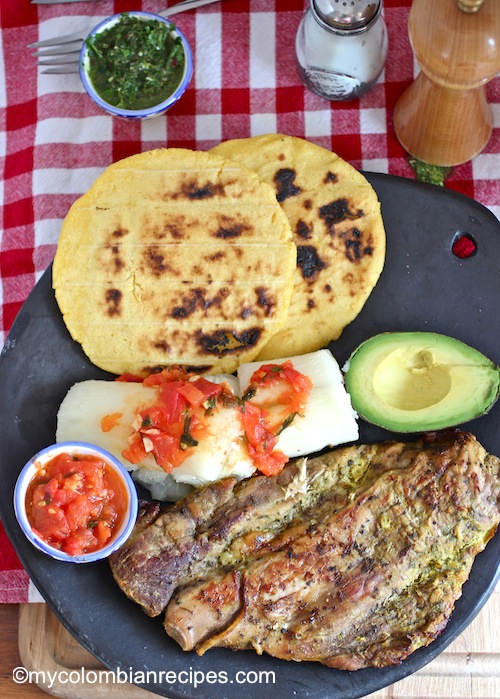 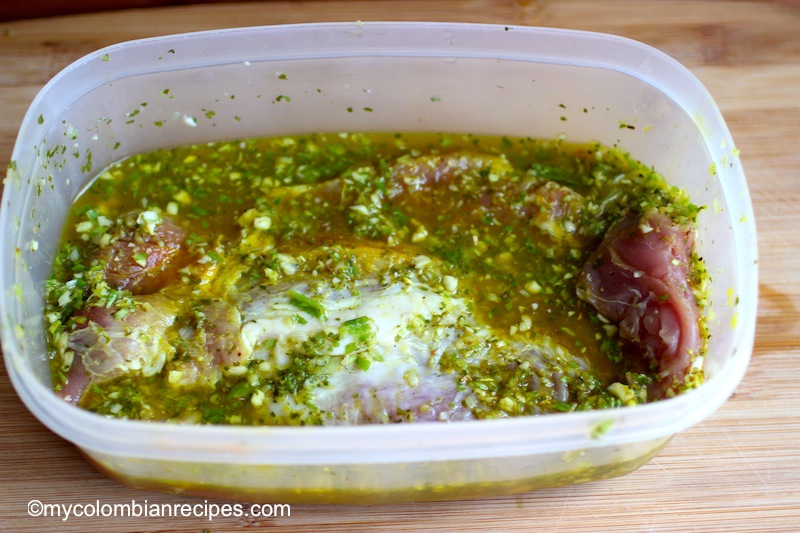 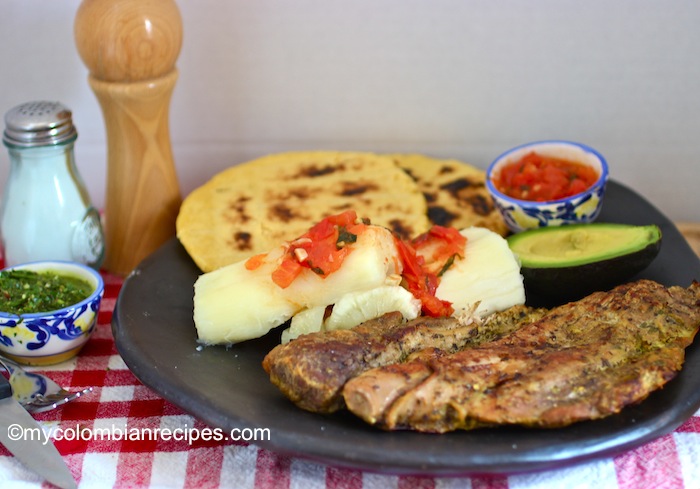